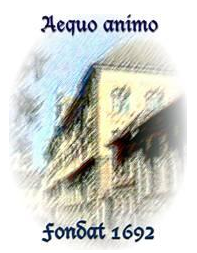 “Life in eternity, glory, joy, Weapons with strength, for the Romanian soul Dream of courage, pride and grandeur, Sweet Romania, this I desire for you!”
Mihai Eminescu

What our dearly beloved poet wished for us more than  a century and a half ago is what the Romanian people strive for each passing day.

Our lands and riches live up to the hard-working people that built this beautiful country from the ground up. We have some of the most well preserved natural resources in the whole of Eastern Europe. Some of these magnificent sights are the Carpatian Bear Reservation located in the town of Zarnesti and the Danube Delta.
Other great spots you can visit over here are the Balea Lake, Brasov, the Peles Castle, the beautiful Carpatian Mountains, monasteries and churches.
Sibiu
The streets of Sibiu are filled with meaningful remanants of its intriguing history and the cultural mix of people that bring joy to the wonderful city. During the 18th and 19th centuries, the city became the second and later the first - most important center of Transylvanian Romanian ethnics. Sibiu is one of the most important cultural centers of Romania and was designated the European Capital of Culture in 2007 and the city of Sibiu was ranked as "Europe's 8th-most idyllic place to live" by Forbes in 2008.
In the center of the city, near the big square is located our highschool „Gheorghe Lazar” founded in 1692.

Some important personalities that graduated our highschool are Gheorghe Lazăr (who is considered the founder of the school system in Romania), Emil Cioran (philosopher and writer), Zaharia Boiu (poet, traducer and publicist), Onisifor Ghibu (teacher of pedagogy and politician), Aurel Vlaicu (who invented the first plane).

In the present, our school has a number of 8 middle school classes and 26 highschool classses, with around 1012 students. Our school has multiple labs of physics, chemistry and biology with special equipment and also 4 IT labs with computers. We also have one of the oldest school libraries in Transylvania and a sports hall that was recently renovated. We are proudly claiming that one of our best english teachers is the First Lady of Romania, Mrs. Carmen Iohannis. Our school takes part in many social activities in our city like a lot of olympiads, or even internationally, for example, our robotics team that won a NASA competition in America.